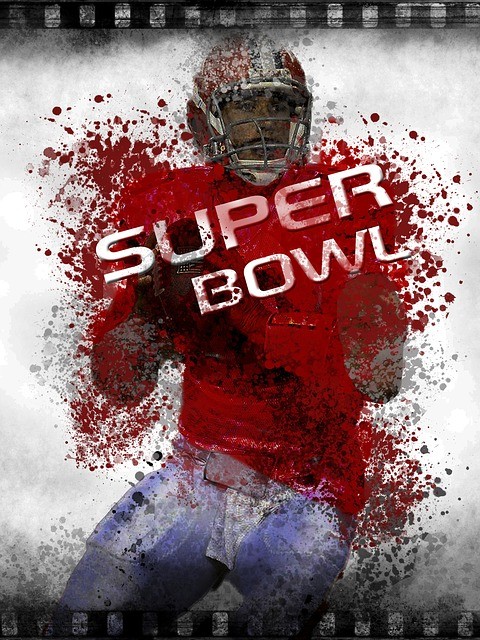 Looking for funny Superbowl LVI jokes for the Bengals and Rams game? These are the best Super Bowl LVI jokes you’ll find anywhere.

Not only are these Super Bowl 56 jokes funny, but they are clean and safe for children and people of all ages.

Super Bowl LVI will be played by the Cincinnati Bengals and Los Angeles Rams at SoFi Stadium Stadium in Inglewood, California.

Q: What do Cincinnati Bengals players wear on Halloween?
A: Face Masks!

Q: What do Cincinnati Bengals receivers and the Post Office have in common?
A: Neither will be open on Super Bowl Sunday!

Q: What’s the difference between Cincinnati Bengals fans and mosquitoes?
A: Mosquitoes are only annoying in the summer.

Q: What kind of tea do Cincinnati Bengals football players drink?
A: Penaltea

Q: Which Bengals player can jump higher than a house?
A: All of them – houses can’t jump at all.

Q: Where does Sony Michel like to eat?
A: Fast food restaurants (because he was very fast).

Q: Why was the tiny ghost asked to join the Cincinnati Bengals football team?
A: They needed a little team spirit.

Q: Why did the football quit playing with the Cincinnati Bengals ?
A: It was tired of being kicked around.

Q: What did the Rams fan say when his team made it to the Super Bowl?
A: Ewe have to be kidding me!

Q: What do you call 106 millionaires around a TV watching Super Bowl LVI?
A: The Tampa Bay Bucs and Kansas City Chiefs.

Q: What does Matt Stafford and the mailman have in common?
A: Neither will deliver on Super bowl Sunday.

Q: Why shouldn’t toddlers wear Ja’Marr Chase jerseys?
A: Too much of a choking hazard on Superbowl Sunday.

Q: According to a new poll 95 percent of people are excited to watch Super bowl LVI.
A: The other 5 percent are Patriots fans.

Q: What did Aaron Donald (Rams Defensive End) have stuck in his teeth?
A: Joe Burrow! (Bengals QB)

Q: Who was the football fan looking for in SoFi Stadium?
A: The LOST Angeles Rams.

Q: How do LA Rams get attention in the SoFi Stadium parking lot?
A: With their horns!

Q: What kind of truck do L.A. football fans drive to the Super Bowl?
A: Dodge RAMS.

Q: What’s the difference between a Bengals fan and a puppy?
A: The puppy eventually grows up and stops whining about their Superbowl record.

Q: What do Bengals fans and house flies have in common?
A: They’re both annoying.

Knock Knock.
Who’s there?
Tess me.
Tess me who?
Tess me the football Matt Stafford!

Q: Which Cincinnati Bengals player wears the biggest cleats?
A: The one with the biggest feet!

Q: Why did Andrew Whitworth get heartburn after eating birthday cake?
A: He forgot to take off the candles.

Q. Why did Evan McPherson bring string to the game?
A: Just in case he needed to tie the score!

Q. What runs around SoFi Stadium but never moves?
A: A wall.

Q: What does every Los Angeles Rams player do on their birthday?
A: They get older!

Q: What’s as big as Rob Havenstein, but weighs nothing?
A: His shadow.

Q. What’s the difference between Cooper Kupp and a duck?
A. One goes quick and the other goes quack.

Q: Why does Sean McVay draft ballet dancers as Rams kickers?
A: They know how to split the uprights!

Q: Why was Cooper Kupp nicknamed “Bad News?”
A: Everyone knows that bad news travels fast.

Q: How do the Rams hire their players?
A: With two pairs of stilts.

Q: Why did the Bengals football players cry when they lost to the Rams?
A: They’re a bawl club.

Knock Knock
Who’s there?
Hanna.
Hanna who?
Hanna ball off to me Joe!

Q: What did the L.A. Rams players catch at Mile High Stadium in December?
A: Bronco-itis

Q: What do the L.A. Rams think about the stadium lights at SoFi Stadium?
A: They give it GLOWING reviews.

Q: Where do Rams football players dance?
A: At a foot ball!

Q: What’s the difference between the Rams and a dollar bill?
A: You can always get four quarters out of a dollar bill.

Q: What do you get when you cross Matt Stafford with a carpet?
A: A throw rug.

Q: How is Joe Mixon similar to water?
A: They both can run!

Q: What do you call a Bucs player at Super Bowl LVI?
A: A spectator.

Q: Where should you go if you are scared of catching a cold?
A: The Rams end zone – they don’t catch anything there.

Q: Why are centipedes not allowed to play for the Rams ?
A: It takes too long to put their cleats on.

Q: How do you hire a good Rams punter?
A: By putting him on stilts.

Q: Why hasn’t Clark Kent been eating his Wheaties?
A: He’s been waiting for a SUPER bowl.

Q: What’s the best way to teach your dog to roll over?
A: Have him watch the Bengals defend against Matt Stafford.

Q: What kind of pastry does Hakeem Adeniji eat most?
A: Turnovers!

Q: What’s the hardest thing about being a Rams quarterback?
A: The ground.

Q: Who walks back and forth screaming one minute, then sits down weeping uncontrollably the next?
A: Zac Taylor – coach of the Cincinnati Bengals football team

Q: What keeps Bengals players up at night?
A: Nighmares about Von Miller.

Q: How are scrambled eggs like Rams cornerbacks?
A: They’re both beaten.

Q: Why will it be warmer at SoFi stadium after the Super Bowl?
A: All the fans will be gone.

Q: Why didn’t the dog want to play in the Super Bowl for the Rams?
A: It was a boxer.

Q: What do you call a Chiefs player at Superbowl LVI?
A: Lost.

Q: How does Sean McVay hire his players?
A: With two pairs of stilts.

Q: What is harder for a Cincinnati Bengals receiver to catch the faster he runs?
A: His breath!

Knock Knock
Who’s there?
Hanna.
Hanna who?
Hanna ball off to me Joe Burrow!

Q: What do Cincinnati Bengals players lose at night?
A. Their shadows.

Q: What did Tee Higgins say to the football before the game?
A: Catch you later.

Q: Did you hear about the joke that Joe Burrow told his receivers?
A: It went over their heads.

Q: What do Cincinnati Bengals players do when they get overheated?
A: They get closer to the fans.

Q: Why couldn’t Matt Stafford use a phone during the big game?
A: Because he can’t find the receiver.

Q. How are Cincinnati Bengals opponents like lazy neighbors?
A. They rarely pick up a yard.

Q: When should Cincinnati Bengals football players wear armor?
A: At the Super Bowl – because they’re knight games.

Q: What’s the difference between the Cincinnati Bengals and water?
A: Water runs.

Q: What is the difference between a Cincinnati Bengals fan and a baby?
A: Babies stop crying after awhile.

Q: Why did Von Miller go to the bank?
A: To get a quarter back.