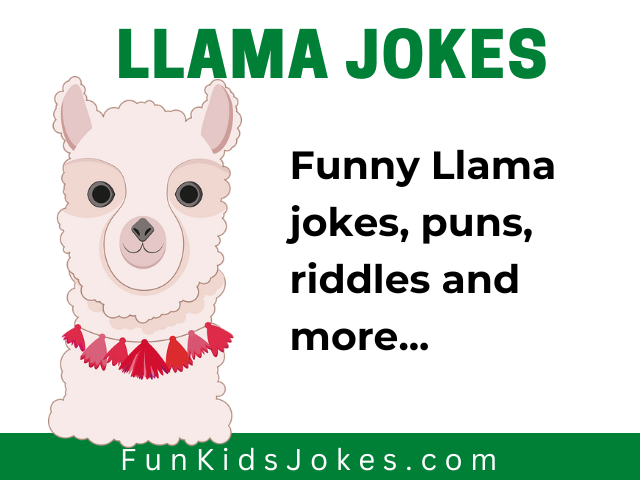 These Llama Jokes are great for teachers, parents, animal lovers, zoo workers and anyone who likes llamas.

This is the best collection of Clean Llama Jokes you’ll find anywhere.

Did you know that Llamas are part of the camel family? They are domesticated South American camelid, and are similar to Alpacas.

These Llama jokes for kids are especially fun for trips to the zoo or after reading a book with Llama as characters, like Llama Llama, Red Pajama.

Q: Why was the llama so embarassed?
A: She saw the ranch dressing.

Q: What is as big as a llama but weighs nothing?
A: It’s shadow.

Q: What time is it when a llama eats on your hat?
A: Time to get a new hat!

Q: What does a llama make when the sun comes out?
A: A shadow.

Q: What did the llama say to the cow?
A: I’ve got no beef with you.

Q: Why did the llama wear a bell around his neck?
A: Because llamas don’t have horns.

Q: How do llamas wake up for work in the morning?
A: They set their allama clocks.

Q: Which classical composer do llama’s listen to most?
A: Wolfgang Llamadeus Mozart.

Q: What would a llama way when a huge asteroid was about to hit Earth?
A: It’s llamageddon!

Q: Why shouldn’t you buy a used car from a llama?
A: Because you’ll get fleeced.

Q: What did the llama guru say after yoga class?
A: Llamaste

Q: What do you get when you cross a llama with a sweet potato?
A: A Yyama!

Q: What’s more incredible than a talking llama?
A: A spelling bee.

Q: What’s the name of the fastest llama?
A: Llamagini.

Q: What do you call a secret club of llamas?
A: The i-llama-nati.

Q: What drink cools down a llama on a hot day?
A: Llamanade

Q: Who is the greatest spiritual leader of llamas?
A: The Dalai Llama

Q: Where do llama criminals get sent when they’re caught?
A: The Sllama.

Q: What did the papa llama see when he looked at his baby llama?
A: His spitting image.

Q: How did the laid back llama respond to “thanks?”
A: No probllama.

Q: Which U.S. president got the support of the llama?
A: Barack Ollama

Q: What did the llama get when he graduated from high school?
A: A dipllama

Q: What did the llama say to the tall grass when he was done eating?
A: Nice gnawing you!

Q: Where do llamas go to escape the hustle and bustle of the modern world?
A: Shangri-llama.

Q: Which side of a llama has the most fleece?
A: The outside.

Q: What is it called when you get stuck between two llamas?
A: Getting llamanated.

Q: Why couldn’t the llama see that she was being fooled?
A: She had the wool pulled over her eyes.

Q: What do you get when you cross a turtle and a llama?
A: A turtleneck sweater

Q: What do llamas order at ice cream shoppes?
A: Banana spits.

Knock knock.
Who’s there?
Per.
Per who?
Yep, llamas are native to Peru…

Knock Knock.
Who’s there?
Llama.
Llama who?
Llama Llama, I love my mama!

What did the comedian say before telling a joke at the llama club? Stop me if you’ve herd this one. 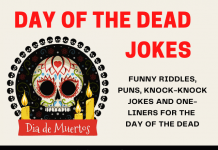