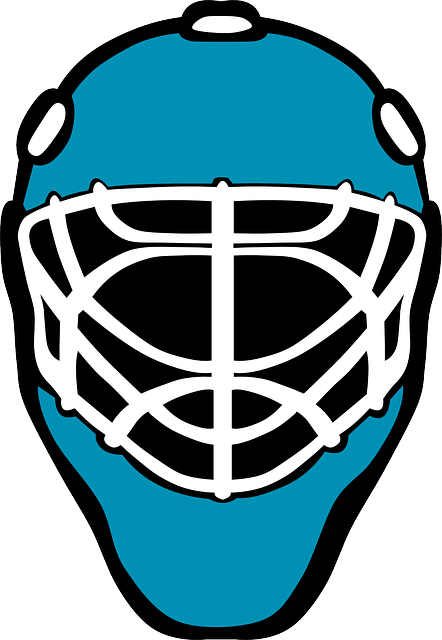 If you’re looking for hockey jokes, then this is the best collection for you to share with your friends and family.

These funny jokes about hockey are clean and safe for kids of all ages.

They are great for parents, hockey coaches, gym teachers, hockey fans and anyone who enjoys hockey – especially children.

If you’re a hockey coach, then print these funny hockey jokes out and keep them on your clipboard. Start or finish each practice with a joke or two to get your players in a fun mood.

Q: Why couldn’t the hockey player listen to music?
A: Because he broke a record.

Q: What do you call a person who walks back and forth screaming one minute, then sits down weeping uncontrollably the next?
A: A hockey coach

Q: Why didn’t the lousy hockey team have a website?
A: They couldn’t string three W’s together.

Q: Why can’t you play hockey with pigs?
A: They hog the puck.

Q: Why are scrambled eggs like a losing hockey team?
A: Because they’ve both been beaten.

Q: Why was the magician so good at hockey?
A: He always had a hat trick.

Q: Why did the hockey player visit the bank?
A: He wanted to give out more checks.

Q: Why did the hockey player go to jail?
A: Because he shot the ball.

Q: Why was Cinderella such a poor hockey player?
A: Her coach was a pumpkin.

Q: Why do hockey players work in bakeries during the off season?
A: They’re great at icing the cakes.

Q: What do you call a monkey who wins the Stanley Cup?
A: A chimpion.

Q: Why was the ghostbuster signed to the hockey team?
A: He always gets ghouls.

Q: How do you know when a hockey player licked a lemon?
A: He puckers up.

Q: What does a hockey player and a magician have in common?
A: They both do hat tricks.

Q: Where is the best place to shop for hockey shirts?
A: New Jersey.

Q: What did the hockey goalie say to the puck?
A: Catch you later.

Q: What do angry hockey players say after getting tripped?
A: That’s it – no more Mr. Ice guy.

Q: How do hockey players like to be paid?
A: With acheck.

Q: How do hockey players stay cool?
A: By sitting next to the fans.

Q: Which goal keeper can jump higher than the crossbar?
A: All of them – a crossbar can’t jump.

Q: What hockey position did the spirit play?
A: Ghouli.

Q: Why is Cinderella so bad at hockey?
A: She always loses a skate.

Q: What did the cowboy ride to the Hockey game?
A: A Zam-pony.

Q: Why is the hockey rink hot after the game?
A: Because all the fans have left.

Q: What did the skeleton drive to the Hockey game?
A: A zam-bony.

Q: What did the sea captain say to the hockey player using the row boat?
A: Bobby Orr.

Q: Why can’t carpenters play hockey?
A: They always gets nailed to the boards.

Q: What did the zombie do at the hockey rink?
A: Rode the zombioni.

Q: Which are the best animals at hockey?
A: A score-pion.

Q: Why are New Jersey Devils hockey players so fit?
A: It’s from all the exorcising.

Q: Why are comedians so good at playing forward?
A: They’re always prepared with a hockey shtick

Q: What did the pasta chef ride to the Hockey game?
A: A zam-roni.

Q: What did the army captain say to his hockey team?
A: Forwards… skate!

Q: What is the hardest foot to buy a hockey skate for?
A: A square foot.

Q: Why did the hockey player keep getting talked to by his English teacher?
A: He kept putting 3 periods at the end of each sentence.

Q: What do a bad hockey teams and the Titanic have in common?
A: They both look good until they hit the ice.

Q: Which hockey players can’t you trust?
A: Anyone on the Devils.

Q: What do hockey players get in their Christmas stockings?
A: Silly pucky.

Q: Which hockey player is best at forecasting the weather?
A: Pucksatawny phil.

Q: Why can’t hockey players dress up for Halloween?
A: They always take their face off.

Q: What was the hockey player’s favorite part of his birthday party?
A: The icing on the cake.

Q: What kind of tea do hockey players drink?
A: Penal-tea.

Q: What do hockey players drink on hot days?
A: Iced tea.

Q: What can you catch from scared hockey players?
A: Chicken pucks.

Q: Why did the hockey player cross the rink?
A: To get to the other side.

Q: What does the best hockey team get for their end-of-season party?
A: Stanley Cupcakes.

Q: What award does the best Chinese hockey team win at the end of the season?
A: The Bruce-Lee Cup.

Q: Why couldn’t the hockey player play in the band?
A: He broke his trom-bone.

Q: Why was there a pig at the hockey game?
A: He drove the hambony.

Q: What do Eskimo hockey players eat?
A: Ice bergers.

Q: Why did the horse back rider show up for hockey tryouts?
A: He thought they said they were Jockey tryouts.

Q: What do a bad hockey team and the Titanic have in common?
A: They both look good until they hit the ice.