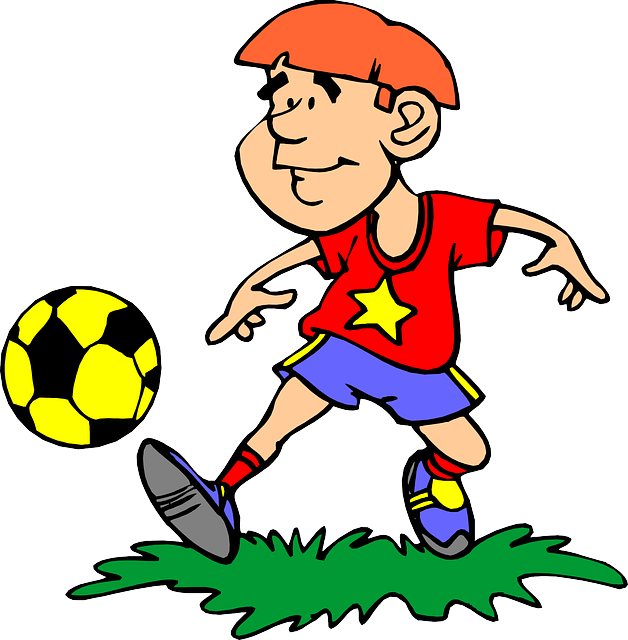 The best soccer jokes for kids and their parents are right here. You’re going to have a ball reading them!

This is one of the best collections of Soccer jokes for kids online – plus all the soccer jokes are clean and safe for kids of all ages. Great for teachers, coaches, parents and soccer fans. And when you’re done with this collection of soccer jokes, head over to our collection of World Cup Soccer Jokes for even more fun.

Fun Soccer Facts: According to Wikipedia, soccer is played by over 13 million people in the U.S., making it the third most played sport in the U.S., more widely played than ice hockey and American football.

Q: What is a ghosts favorite soccer position?
A: Ghoul keeper.

Q: Which famous soccer player always leaves his stuff laying around on the floor?
A: Messi.

Q: Why can’t Cinderella play soccer?
A: Because she always runs away from the ball.

Q: Why don’t grasshoppers watch soccer?
A: They watch cricket instead.

Q: What kind of tea do soccer players drink?
A: Penal-Tea

Q: What is it called when a dinosaur gets a goal?
A: A dino-score

Q: What position do ghosts play in soccer?
A: Ghoulie

Q: Where do soccer players go to dance?
A: The Futball

Q: What lights up a soccer stadium?
A: A soccer match

Q: Why shouldn’t you play soccer in the jungle?
A: There are too many cheetahs!

Q: Why did Cinderella get kicked off the soccer team?
A: Because she ran away from the ball

Q: Why did the soccer ball quit the team?
A: It was tired of being kicked around.

Q: Why do soccer players do so well in school?
A: They know how to use their heads.

Q: How do soccer players stay cool during games?
A: They stand near the fans.

Q: Why don’t grasshoppers watch soccer?
A: They watch cricket instead.

Q. Why did the soccer player bring string to her game?
A: So she could tie the score 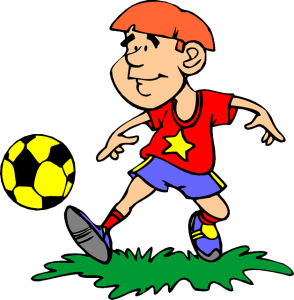 Q. What runs around a soccer field but never moves?
A: A fence

Q: What did the bumble bee forward say after getting a goal?
A: Hive scored

Q: How do birds cheer for their soccer teams?
A: They egg them on.

Q: Why did the chicken get ejected from the soccer game?
A: For persistent fowl play.

Q: Why didn’t the dog want to play soccer?
A: He was a boxer.

Q: Why was the soccer field wet on a sunny day?
A: The players dribbled all over it.

Q: Where’s the best place to shop for a soccer uniform?
A: New Jersey.

Q: What time is it when an elephant steps on your soccer ball?
A: Time to get a new ball!

Knock Knock.
Who’s there?
Soccer.
Soccer who?
Socc-ser in the drawer.

Q: What do soccer referees send during the holidays?
A: Yellow cards.

Q: What are successful forwards always trying to do?
A: Reach goals.

Q: Which soccer player keeps the field neat?
A: The sweeper.

Q: Why did the defensive soccer player cross the road?
A: To get to the other slide.

Q: Why couldn’t the all-star soccer player listen to music?
A: Because he broke all the records.

Q: What do you call a person who walks back and forth screaming one minute, then sits down weeping uncontrollably the next?
A: A soccer coach

Q: Where do forwards go to dance?
A: Soccer balls.

Q: Why didn’t the lousy soccer team have a website?
A: They couldn’t string three W’s together.

A Soccer Riddle: Two soccer teams play a game against each other. The home team wins, but not a single man from either team scored a goal. How can this be? Answer: They were women’s soccer teams!

Q: Why can’t you play soccer with pigs?
A: They hog the ball.

Q: Why are scrambled eggs like a losing soccer team?
A: Because they’ve both been beaten.

Q: Why was the magician the captain of the soccer team?
A: He was the best at hat tricks.

Q: Why was Cinderella such a poor soccer player?
A: Her coach was a pumpkin.

Q: Why couldn’t anyone see the soccer ball?
A: The defense cleared it.

Q: Why couldn’t the soccer team lose a goal?
A: They always had a goal keeper.

Q: What time is it when a soccer team chases a baseball team?
A: Eleven after nine. (9:11)

Q: What do you get when you cross a soccer goalie and the Invisible Man?
A: Goal tending like no one has ever seen.

Q: What did the soccer goalie say to the ball?
A: Catch ya later.

Q: What is a ghost’s favorite position in soccer?
A: Ghoul keeper.

Q: What kind of soccer team cries when it loses?
A: A bawl club.

Knock, knock.
Who’s there?
Uriah.
Uriah who?
Keep Uriah on the ball.

Q: Why is it always warmer after a soccer game?
A: All the fans have left.

Q: You are locked inside a car with nothing but a soccer ball. How do you get out?
A: Unlock the door and pull the handle.

Q: Why is a soccer stadium the coolest place to be?
A: Because it’s full of fans.

Q: Where do soccer players get their uniforms?
A: New Jersey

Q: Why shouldn’t you play soccer in the jungle?
A: There are too many cheetahs

Q: What happens to soccer players who go blind?
A: They become referees.

Want some more soccer jokes? How about checking out our collection of World Cup Soccer Jokes? You’ll find some funny jokes about some of the most popular and famous World Cup soccer players and teams!