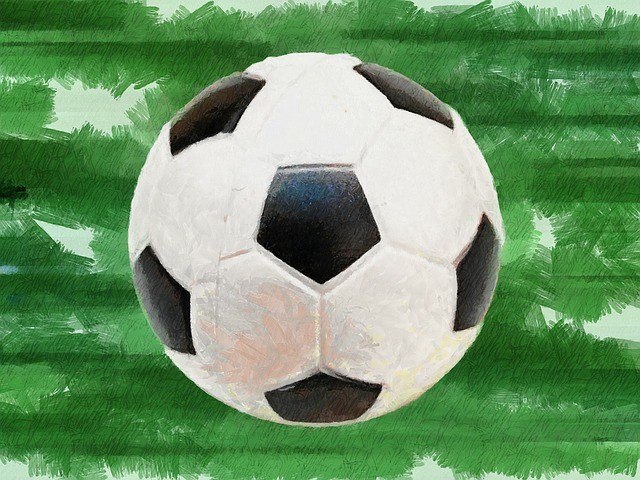 The best World Cup jokes for soccer fans, kids and their parents are right here. You’re going to have a ball reading them!

This is one of the best collections of World Cup Soccer jokes for kids online – plus all the soccer jokes are clean and safe for kids of all ages. Great for teachers, coaches, parents, futbol and soccer fans.

Some of the top names in World Cup Soccer include Lionel Messi, Cristiano Ronaldo, Mohamed Salah, David de Gea, Eden Hazard, Antoine Griezmann, and James Rodriguez. Will any of them be featured in jokes on this page? Look and see for yourself! And when you’re done, check out our full collection of soccer jokes.

Q: Why couldn’t France’s Samuel Umtiti draw a poster after their win over Belgium in the World Cup?
A: He lost his marker!

Q: Why do elves always giggle when playing in the world cup?
A: The grass tickles their ear lobes.

Q: What does Cristiano Ronaldo have in common with a magician?
A: They can both do hat tricks.

Q: What’s the difference between the Saudi World Cup team and a tea-bag?
A: The tea-bag stays in the cup longer.

Q: Did you hear about the 100 year old soccer player at the World Cup?
A: He’s still alive and kicking.

Q: Why did the USA soccer player bring a baseball bat to the World Cup?
A: He wanted to be ready for the pitch.

Q: What happens when the US soccer team crosses the halfway line against Honduras?
A: They score a goal.

Q: Why does Antoine Griezmann (a World Cup soccer player) have so much trouble eating a meatball sub?
A: He thinks he can’t use his hands.

Q: Why are World Cup soccer players such logical people?
A: They know how to use their heads.

Q: Why don’t they play World Cup soccer in a jungle?
A: Too many cheetahs, not enough referee.

Q: How do World Cup players stay cool during a game?
A: They stand near the fans!

Q: What lights up a pitch at night?
A: A World Cup Soccer match.

Q. Why did the Australian soccer player bring string to the match?
A: So he could tie the score

Q: In the World Cup, what comes after a soccer goalie?
A: A soccer goal-F

Q: What was the ghost’s favorite position to watch in the World Cup?
A: Ghoul keeper.

Q: Why don’t grasshoppers watch the World Cup?
A: They watch cricket instead.

Q: What kind of tea does Lionel Messi drink?
A: Iced Penal-Tea

Q: Where do World Cup players go to dance on their days off?
A: The Futball

Q: Which World Cup soccer player has the biggest cleats?
A: The one with the biggest feet.

Q: Why did the soccer ball quit the World Cup?
A: It was tired of being kicked around.

Q: Why is it so cool when the USA soccer team plays a World Cup match?
A: Because they have so many FANS.

Q. What runs around World Cup soccer fields but never moves?
A: The fence

Q: Why was the World Cup soccer field wet on a sunny day?
A: The players dribbled all over it.

Q: Where do Team USA soccer players shop for their soccer uniforms?
A: New Jersey.

Q: Why is it always so hot when Panama plays World Cup matches?
A: They have hardly any fans.

Q: What are successful World Cup forwards always trying to do?
A: Reach goals.

Q: Which soccer player is in charge of keeping the field neat during the World Cup ?
A: The sweeper.

Q: Why did Sergio Busquets cross the road?
A: To get to the other slide. (Sergio plays great defense for Spain)

Q: What do you call a person who walks back and forth screaming one minute, then sits down weeping uncontrollably the next?
A: A World Cup soccer coach

Q: Where do Team England forwards go to dance?
A: Soccer balls.

Q: Why didn’t the lousy World Cup team have a website?
A: They couldn’t string three W’s together.

Q: Why couldn’t the Brazilian soccer team lose a goal?
A: They always had a goal keeper.

A World Cup Soccer Riddle:
The German and Nigerian soccer teams were playing against each other in the World Cup. The German team won, but not a single man from either team scored a goal. How can this be? Answer: They were women’s soccer teams!

Q: Why did the Japanese soccer team cry when it lost the World Cup match?
A: They’re a bawl club.

Q: Why did Cinderella’s soccer coach think she would never be able to play in the World Cup?
A: She always ran away from the ball.

Q: Why couldn’t anyone see the ball during the World Cup soccer match against Sweden?
A: The defense cleared it.

Q: Cristiano Ronaldo was locked inside a car with nothing but his soccer ball. How did he get out?
A: He unlocked the door and pulled the handle.

Q: Why is a World Cup soccer stadium the coolest place to be?
A: Because it’s full of fans.

Q: How can the Australian soccer team win the World Cup?
A: By scoring the most dingoals.

More funny soccer jokes! Check out our full collection of soccer jokes that aren’t focused only on the World Cup. Oh yeah!