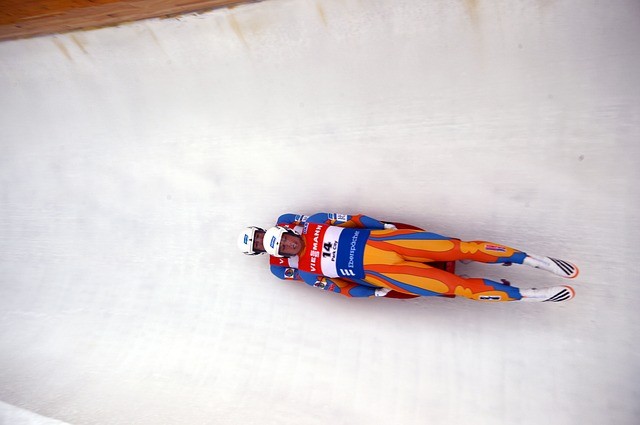 Check out this great collection of jokes about the sport of Luge. These luge jokes are great for luge fans, lugeers, Winter Olympic fans, teachers, parents and anyone who wants to laugh about something related to the sled racing sport known as luge.

These clean luge jokes are good for all ages. If you’re a fan of competitive racing and sledding, then load up on some of these jokes to share with friends and family.

These luge jokes are especially fun during the winter Olympics, where you’ll see racers go down a track at speeds close to 90-mph. That’s why luge is known as the fastest sport on ice. It’s so fast that racers are timed to the thousandth of a second!

Q: Why did the luge racers son become so good at it?
A: He was a chip off the old block

Q: What was the luge racers favorite band?
A: New kids on the block

Q: Why did Charlie Brown like luge so much?
A: They always said he was a blockhead…

Q: What did the luge rider’s toddler do while he trained?
A: Played with blocks

Q: Why did the pirate want to see the luge race?
A: He heard there would be lots of Booties there.

Q: Why was it so easy for the luge racer to stay out of trouble?
A: She always stayed in line.

Q: Why did the new luge racer ask to see Nick Fury?
A: He saw this on the requirement list: Face Shield

Q: Why did the robbers go to the Winter Olympics?
A: They heard about all the banks in the luge competition.

Q: What do you call luge racers in Super Mario Bros.?
A: Luigi-ers

Q: What was the lugers favorite part of their cupcake?
A: The icing!

Q: Why did the luger stop eating?
A: He wanted to be faster.

Q: Where did the luge racer take his girlfriend?
A: The snow ball.

Q: Why was the tiny ghost asked to join the luge team?
A: They needed a little team spirit.

Q: Why did the twins say they wanted to be lugers when they grew up?
A: They heard they had a double competition.

Q: Why are centipedes not allowed to be luge racers?
A: It takes too long to put their booties on

Q: Which luge team has the coolest helmets?
A: The one with the most fans.