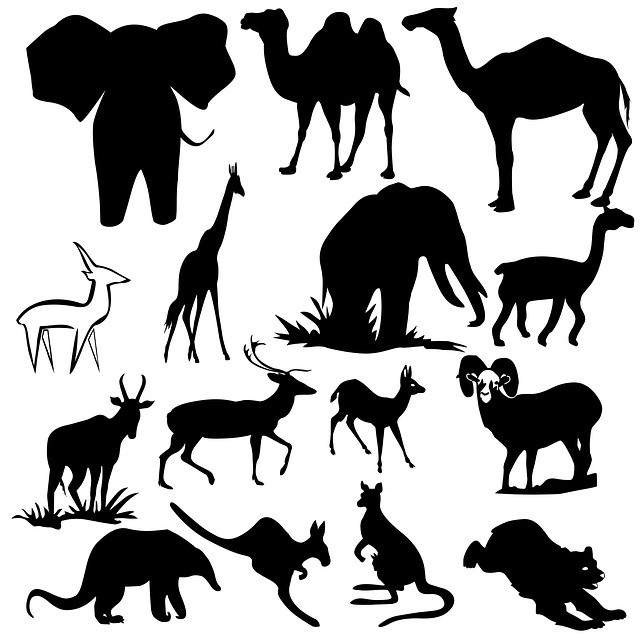 Looking for funny Safari jokes? This collection of clean jokes about being on a safari are safe for people of all ages.

We think you’ll agree that this is the best place to find jokes about a wildlife safari. This includes jokes about animals commonly seen on a safari, like lions, elephants and hippos.

These safari jokes are great for anyone who enjoys travel, animals and wildlife, such as park rangers, tourists and adventure travelers.

Q: Why couldn’t the group see the big bird while on safari?
A: Emu-ved.

Q: Which bird showed up every time we stopped to eat while on our safari?
A: The swallow.

Q: What was the lion’s favorite food on the safari tour?
A: Baked beings.

Q: Why didn’t anyone pick the giraffe to join their herd?
A: He wouldn’t stick his neck out for anyone.

Q: What is as big as a hippopotamus but weighs nothing?
A: His shadow.

Q: What animal can you see on an Irish safari?
A: A hip O’Potamus.

Q: What do you get when a hippo goes through a safari group’s camp?
A: A hippopota-mess.

Q: What do you call a hippopotamus riding on a safari truck?
A: A tourist.

Q: What does a lion say to his pride before they chase the safari truck?
A: Let us prey…

Q: What happened when the lion ate the safari guide’s joke book?
A: He felt funny.

Q: What time is it when a lion takes your safari hat?
A: Time to get a new safari hat.

Q. Why did the lion lose the race?
A. Because he was playing against a cheetah.

Q: What reptile do you get when you cross a lion with a camel?
A: A chamelion.

Q: What do you call a lion’s reflection in a safari truck’s window?
A: A copycat

Q: What time is it when a lion jumps into the safari truck?
A: Time to get out of the truck.

Q: On which day do lions eat the most safari tourists?
A: Chewsday

Q: How does a lion greet tourists?
A: I’m pleased to to eat you.

Q: What African safari animal is big, grey, has flippers and a bill?
A: A Hippoplatypus

Q: What kind of hippo is planning to steal the safari truck?
A: A hippo-plot-against-us

Q: What do safari guides call a hippo without eyes?
A: A hppo.

Q: How do safari guides get hippos to do whatever they want?
A: Hipponotism.

Q: How does a lion stop a safari guide’s jeep?
A: By pressing paws

Q: What do you call a really silly guide on an Australian Safari?
A: A DINGO-ling.

Q: What’s as big as an elephant, but weighs nothing?
A: An elephant’s shadow.

Q: What happened when the tourist got lightheaded on the elephant safari?
A: They ele-faint.

Q: What do you call an elephant in a safari truck?
A: Stuck.

Q: What was the biggest type of ant seen on the safari?
A: An eleph-ant.

Q: Why aren’t elephants allowed to swim with the tourists?
A: They can’t keep their trunks up!

Q: What do you call an elephant riding on a tour bus?
A: A passenger.

Q: Why wasn’t the elephant allowed on the safari bus?
A: It’s trunk wouldn’t fit under the seat.

Q: What time is it when you find an elephant on your safari truck?
A: Time to get a new truck.

Q: According to the safari guide, what’s the difference between an African elephant and an Asian elephant?
A: About 5,000 miles.

Q: Why are elephants so wrinkled?
A: Because it takes too long to iron them.

Q: What’s the best thing to do if an elephant sneezes?
A: Get out of the way.

Q: What looks like half an antelope?
A: The other half.

Q: What’s the first thing a lion does in the morning?
A: It wakes up.

Q: Why don’t cats play cards while on a safari?
A: There are too many cheetahs.

Q: What did the safari guide say when a lion grabbed the zebra’s tail?
A: That’s the end of him.

Q: What do lions use to style their mane before tourists start taking photos?
A: A catacomb.

Q: What do lions call a safari truck filled with tourists?
A: A purrfect meal

Q: If lights run on electricity and safari trucks run on gas, what do lions run on?
A: Their paws.

Q: What does a cheetah do when it gets mad at a tourist?
A: It has a hissy fit.

Q: What do you call a lion who wrecks a safari truck?
A: The purr-petrator.

Q: Which side of the lion has the most fur?
A: The outside.

Q: Why did the cat sleep under the old safari vehicle?
A: So he would wake up oily.

Q: Which kind of cat causes the most problems on a safari?
A: A catastrophe

Q: Why do so many tourists love cheetahs?
A: They think they’re purrrr-fect.