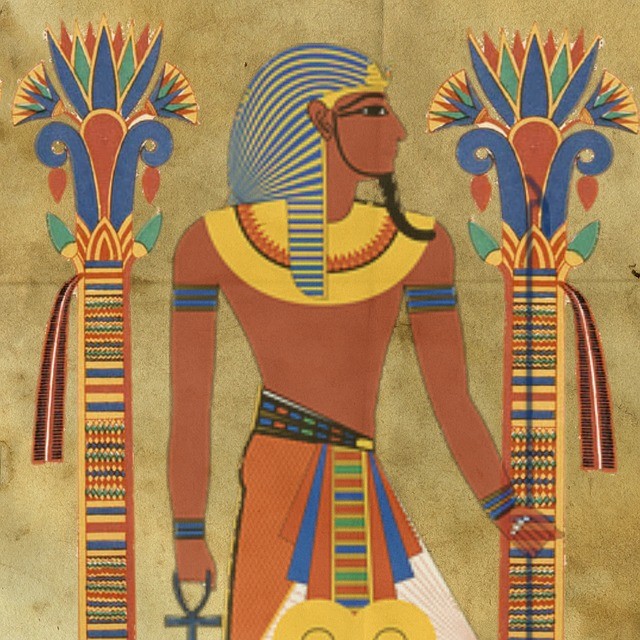 Looking for funny jokes about Egypt?

This collection of kids jokes about Egypt are perfect for parents, teachers, museum tour guides – and anyone else interested in Egyptian themed jokes.

All of these Egyptian jokes are clean and safe for kids of all ages.

Q: Why was the Pharoah boastful?
A: Because he Sphinx he’s the best.

Q: What is the most important day in Egypt?
A: Mummy’s Day.

Q: How can you tell if King Tut’s mummy has a horrible cold?
A: By his deep, loud coffin.

Q: What kind of makeup do Egyptian mummies wear?
A: Mas-scare-a

Q: What kind of roads do mummies in Egypt like living on?
A: Dead Ends.

Q: What did King Tutankhamun say when he had a nightmare?
A: I want my mummy.

Q: What tops off a mummy’s ice cream sundae?
A: Whipped scream.

Q: Why couldn’t the mummy go to school with the witch?
A: He couldn’t spell.

Q: Which mummy lives in Town Hall?
A: The night-mayor.

Q: What do you call an Egyptian doctor?
A: A Cairo-practor.

Q: What did the Pharoah’s secretary say when people called on the phone?
A: The King can’t speak now, he’s wrapped up at the moment.

Q: What kind of music do mummies like most?
A: Wrap music.

Q: How do Egyptians back their products?
A: Satisfaction guaranteed you get your mummy back.

Q: How did the mummy learn to cook?
A: He ordered “Cooking for Mummies” from Amazon.

Q: What was the mummy musician’s favorite note?
A: The dead sea

Q: What was the mummy’s favorite kind of drink?
A: De-coffin-ated coffee.

Q: What did the mummy say when it got bad grades?
A: That Sphinx.

Q: Where do Pharaohs like to eat out?
A: Pizza Tut.

Q: Why was Cleopatra worried about getting home from school?
A: Whe didn’t want her mummy to see her report card.

Q: How do brave Egyptians write?
A: Hero-glyphics.

Q: What do mummies put in their hair?
A: Scare spray

Q: What do you say when a mummy over charges you?
A: Egypted me. (He jipped me)

Q: Why didn’t Cleopatra go to the psychiatrist?
A: Because she was the Queen of Denial.

Q: How do mummies tell their future?
A: They read their horror-scope.

Q: What did one pyramid say to the other?
A: How’s your mummy doing.

Q: What job do mummies do during the holidays?
A: They’re gift wrappers.

Q: What kind of underwear do mummies wear?
A: Fruit of the Tomb.

Q: Which pretty actress was the mummy’s favorite?
A: Pharaoh Fawcett

Q: Who did the mummy take to the prom?
A: His ghoul friend

Q: Why was the Egyptian mummy so tense?
A: He was all wound up.

Q: Why didn’t the mummy think he was scary?
A: He was in denial (the Nile)

Q: What did the mummy say when he smelled rotten eggs?
A: What sphinx in here?

Q: Where do baby mummies stay during the day?
A: Day-scare

Q: What was the mummy’s favorite party game?
A: Hide-and-go-shriek

Q: Why don’t mummies take up hobbies?
A: They are too wrapped up in their work.

Q: Why do mummies make such great spies?
A: They’re good at keeping things under wraps.

Q: How do mummies stay hidden?
A: By wearing masking tape.

Q: Why was the mummy home from school?
A: He caught a gold.

Q: What was the mummy’s favorite football team?
A: The Mummy Dolphins

Q: Why were the two gassy mummies such good friends?
A: They had loud toots-in-common.

Q: What was Cleopatra’s favorite flower?
A: Chrysanthamummies.

Q: What do you get when you cross an Egyptian mummy with a mechanic?
A: Toot and Car Man.

Q: Why do mummies have trouble making friends?
A: They’re too wrapped up in themselves.

Q: What card game do they play in Egypt?
A: Gin Mummy.

Q: Where do mummies go for a beach vacation?
A: The dead sea.

Q: Why couldn’t the mummy sing?
A: He hurt his larSphinx. (larynx)

Q: What did the mummy do when he needed help moving his gold?
A: He hired-a-glyphics.

Q: How did the mummy know it was time to retire?
A: He saw the hieroglyphics on the wall.

Q: Why was the mummy sent to jail?
A: He ran a pyramid scheme.