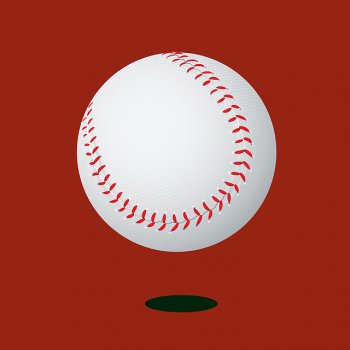 This is the best collection of clean Atlanta Braves Jokes anywhere!

These jokes about the Braves baseball team are great for parents, teachers, Braves fans, baseball coaches, babysitters – and anyone who is a fan of MLB baseball. They’re even good for Mets, Nationals and Cardinals fans looking for some good-hearted jokes at Atlanta’s expense!

Here are some fun idea: Write Braves jokes on pieces of paper or Post-it notes and spread them around your baseball party. Do a stand-up routine – or have some kids do one – or print them out and do a joke karaoke during the 7th inning stretch.

Q: What is the difference between Mike Soroka and a union worker?
A: A union worker knows how to throw a strike.

Q: Which Braves baseball player holds water?
A: Dallas Keuchel – because he a pitcher.

Q: Why are some SunTrust Park umpires overweight?
A: They always clean their plate.

Q: Why did Austin Riley want spiders to play for the Braves ?
A: They know how to catch flies.

Q: Why did the police officer go to SunTrust Park ?
A: Someone stole second base!

Q: Which superhero did the Braves try to sign as their designated hitter?
A: Batman.

Q: Why arent Atlanta players afraid of the dark?
A: Their Braves.

Q: What’s the silliest song to sing at SunTrust Park ?
A: “Take Me Out to the Ballgame” because everyone is already there!

Q: Which Atlanta player was always in a cheerful mood?
A: Chipper Jones.

Q: What do young Braves fans like about going to the park?
A: The swings.

Q: Why did Brian Gerald Snitker only want frogs in the outfield?
A: They never miss a fly.

Q: What do you get when you cross Mike Soroka with a carpet?
A: A throw rug.

Q: How do Atlanta Braves baseball players stay cool?
A: By standing close to the fans.

Q: Who makes the most errors for the Braves?
A: Blooper! (that’s their mascot!)

Q: Why was the tiny ghost asked to join the Atlanta Braves team?
A: They needed a little team spirit.

Q: Why do the Braves lose so many day games?
A: Their bats only wake up at night.

Q: Why shouldn’t toddlers wear Atlanta Braves jerseys?
A: It would be a choking hazard.

Q: Why should you take Mark Melancon camping with you?
A: To pitch the tent.

Q: Why did Hank Aaron wear old stockings when he played?
A: They had runs in them!

Q. Why did Chipper Jones bring string to the game?
A: So he could tie the score if he had to.

Q: What do average Braves fans get on their I.Q. tests?
A: Lots of drool.

Q: Who would be the best choice as a Braves relief pitcher?
A: The mummy – because he knows how to wrap up.

Q: What do Braves ballplayers do when their eyesight goes bad?
A: They get jobs as an umpire.

Q: What does a dirty floor and the Atlanta Braves have in common?
A: They both can sweep.

Q: What do Atlanta Braves lose every night?
A. Their shadows.

Q: According to a new poll 95 percent of people love watching baseball.
A: The other 5 percent are Braves fans.

Q: If the Atlanta Hawks basketball team were chasing the Atlanta Braves baseball team, what time would it be?
A: Five after nine.

Q: What do you get when you cross a Braves baseball player with a monster?
A: A double header.

Q: Where did Chipper Jones go to dance?
A: At a base ball!

Q: What did Ender Inciarte say to the baseball?
A: Catch you later.

Q: Why is it hotter after a Braves baseball game?
A: All the fans have left.

Q: When is a Braves outfielder like a spider?
A: When he catches flies.

Q. What runs around a SunTrust Park ‘s field but never moves?
A: A fence

Q: Why did the police officer go to the Atlanta Braves game?
A: He heard that someone stole second base.

Q: Why are Atlanta Braves players so rich?
A: Because they play on diamonds.

Q: What does Brian McCann wear on halloween?
A: A Face Mask. (He plays catcher)

Q: Did you tell Nck Markakis the joke about the pop fly?
A: Don’t – it will just go over his head.

Q: What is harder for Dansby Swanson to catch the faster he runs?
A: His breath!

Q: Whats the difference between Atlanta Braves fans and mosquitos?
A: Mosquitos are only annoying during the summer.

Q: What’s the difference between a Braves fan and a baby?
A: Babies stop whining after a little awhile.

Q: What do the Atlanta Braves and lawn furniture have in common?
A: They both fold in October.

Q: Why is Halloween the Atlanta Braves favorite holiday?
A: It’s the only thing they have to do in October.

Q: How are the Atlanta Braves like a grizzly bear?
A: Every October, they go into hibernation.

Q: Why doesn’t the Atlanta Braves baseball team have a website?
A: They don’t know how to string three W’s together.

Q: Why doesn’t Savannah have a MLB baseball team?
A: Because then Atlanta would want one too.

Q: What does Sean Newcomb and the mailman have in common?
A: Neither deliver at night.

Q: How often do Braves players call each other during the off-season?
A: They touch base every once in a while.

Q: Why did the Atlanta Braves players cry when they lost?
A: They’re a bawl club.

Q: What does Brian Gerald Snitker (Braves coach) and Alex Trebek have in common?
A: Both of their jobs are in Jeopardy.

Q: How did Shane Green pitch a winning baseball game without throwing a ball?
A: He only threw strikes.

Q. Why do ducks fly over SunTrust Park upside down?
A. There’s nothing worth looking at.

Braves Riddle: Nick Markakis leaves home, makes a left turn, another left, and then another left before going home again. When he gets home he finds two men in masks waiting for him! Who are they? Answer: The catcher and the umpire.

Q: What do you call the winning team at Braves home game?
A: Visitors.

Q: Why are centipedes not allowed to play for the Atlanta Braves ?
A: It takes too long to put their cleats on.

Q: What did the Atlanta Braves fan do when his team won the World Series?
A: Turned off his Xbox.

Q: Who walks back and forth screaming one minute, then sits down weeping uncontrollably the next?
A: Brian Gerald Snitker – manager of the Atlanta Braves baseball team

Q: How do you know when a Braves pitcher is having a bad day on the mound?
A: When the crowd starts to sing “Take Him Out of The Ball Game.”

Q: What can you do just as well as a Atlanta Braves player?
A: Watch the World Series live on TV.

Q: What rule did the zebra umpire have to explain to the Braves ?
A: Three stripes and you’re out.

Q: What do you call 40 rich people sitting around a TV to watch the World Series?
A: The Atlanta Braves .

Q: Why did the Braves shut down their website?
A: They weren’t getting any hits.

Q: Why is Mike Soroka such a good singer?
A: Because he has a perfect pitch.

Q: What did Freddie Freeman do when the coach said to steal second?
A: He grabbed the base and took it home.

Q: Which Atlanta Braves player wears the biggest cleats?
A: The one with the biggest feet!

Q: When should Atlanta Braves players wear armor?
A: When they play knight games.

Q: Why does it take Josh Donaldson longer to run from 2nd base to 3rd base than from 1st base to 2nd base?
A: Because there is a short stop in the middle.

Q: Where shouldn’t a Atlanta Braves pitcher ever wear red?
A: In the BULL pen.

Q: Which cartoon character was Brian Gerald Snitker trying to get on the team?
A: HOMER Simpson.

Q: Why is Brian Gerald Snitker like an angry chicken?
A: They both have fowl mouths.

Q: Why did John Smoltz go to the car dealer?
A: He wanted to learn a sales pitch.

Q: How is the Atlanta Braves roster similar to a pancake?
A: They both need good batters.

Q: What has 18 legs and catches flies?
A: The Atlanta Braves .

Q: How do Atlanta Braves baseball players stay cool?
A: By sitting next to the fans.

Q: What does Brian McCann put his food on?
A: Home plate.

Q: Did you hear the joke about the Atlanta Braves baseball?
A: It will leave you in stitches.

Q: What did the Atlanta Braves think about their new stadium lights?
A: They gave it GLOWING reviews.

Q: What song do Braves fans sing before the bottom of the ninth inning?
A: None… the fans have already left by then!

Q: Where do Atlanta Braves players go when they need new uniforms?
A: New Jersey.