In this film, which is based on the Christmas song “Santa Claus is Comin’ to Town,” tells the story of how many of the most well-known Santa traditions came to be. Like what? Like climbing down the chimney, flying reindeer and why Santa gives out toys in the first place!

And while names like Fred Astaire and Mickey Rooney are unknown to most kids these days, it’s nice to know that their spirit lives on through the voices they lent to shows like this.

This special Christmas show was created using stop motion animation called “Animagic,” which makes it even more fun to watch in this era of computer generated animation.

Some questions answered in Santa Claus is Comin’ to Town?

How is that Santa’s reindeer can fly?
Why does Santa give out toys?
Who is Mrs. Claus?
Where did Santa come from?
How did he get his name?

For the answers to questions like these, you’re going to have to watch this video! But for fun kids jokes, you can read these Christmas Jokes, Santa Jokes and Elf Jokes. 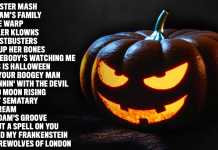 The Mouse on the Mayflower – Full Show 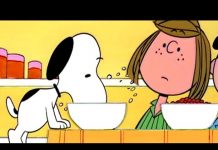