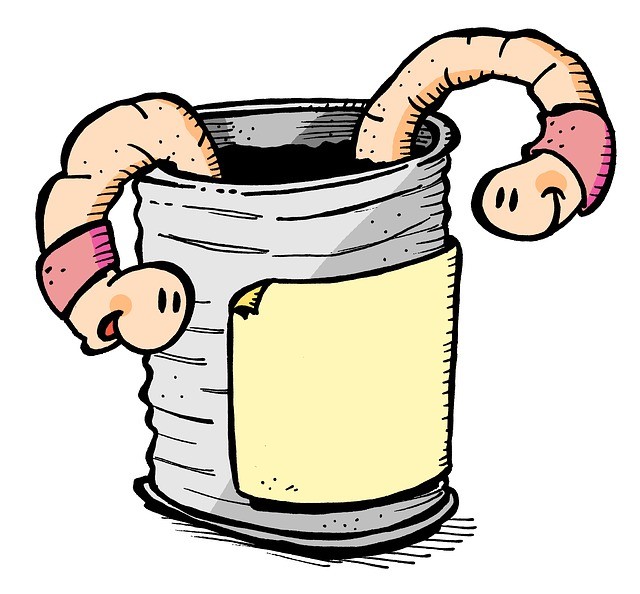 If you’re looking for worm jokes, then this is the place for you. Check out this huge collection of worm jokes that are safe for kids and funny for everyone.

These jokes about worms are perfect for parents, teachers, gardeners, farmers and anyone who appreciates worms.

Why would anyone be interested in jokes about worms? Worms are very interesting – that’s why!

If you’re into gardening, get your kids involved and there’s plenty to say about worms.

For younger kids, take a nice walk after it rains and look at all the worms that come out.

Have any Richard Scarry fans in the house? They will enjoy these worm jokes as much as they enjoy Lowly Worm.

Q: What kind of worms make the best carpenters?
A: Inch Worms.

Q: What happens to worms who dig too much?
A: They get in-DIG-estion

Q: What do worms use to leave messages?
A: Compost-it notes

Q: Why did the earthworm cross the playground?
A: To get to the other mud slide.

Q: Which type of worms do storks like most?
A: Birthworms.

Q: What kind of worms like to sleep by the fireplace?
A: Hearthworms.

Q: What did the maggot do at the baseball game?
A: Wormed the bench.

Q: What is worse than finding a worm in your apple?
A: Finding two worms.

Q: Why don’t worms like getting up in the morning?
A: Because the early bird catches the worm.

Q: What makes a glow worm glow?
A: A light meal.

Q: What is even smarter than a talking worm?
A: A spelling bee

Q: What kind of computer was most loved by worms?
A: The Macintosh.

Q: What is life like for a wood worm?
A: Boring.

Q: How can you tell which end of a worm is which?
A: Tickle it in the middle and see which end laughs.

Q: What was the name of the worm army?
A: The Apple Corps.

Q: What did the woodworm say to the compost pile?
A: It’s been nice gnawing you.

Q: Why did the robin go to the library?
A: It was looking for bookworms.

Q: What was the glow worm’s favorite song?
A: Wake me up before you glow glow.

Q: How can you tell which end of a worm is which?
A: Throw an apple and yell fetch.

Q: What don’t worms from the cornfield follow directions?
A: Everything goes in one ear and out the other.

Q: What do you get if you cross a worm and an elephant?
A: Very big holes in your peanut garden.

Q: Who reads and lives in an apple?
A: A bookworm.

Q: Why was the glow worm teacher unhappy?
A: Her students weren’t bright enough.

Q: Which worm’s always know how long they are?
A: Measuring tape-worms.

Q: Why did the boy think worms would taste like chewing gum?
A: Because they’re wrigleys.

Q: What do you get when you cross a garden worm and a young goat?
A: A dirty kid.

Q: Why are glow worms good to carry in your backpack?
A: They can lighten your load.

Q: What is the best advice to give to worm?
A: Sleep late!

Q: What squirms and howls at the moon?
A: Wereworms.

Q: What is worse than finding a worm when you bite into an apple?
A: Finding half a worm!

Q: What did the earthworm scientist discover?
A: Global Worming.

Q: Why was the scarecrow upset with the worm?
A: It was going ear to ear in his corn field.

Q: What got the worm?
A: The early bird.

Q: What did the worm say to the friend who got stuck in an apple?
A: You’re going to have to worm your way out of this one.

Q: Which type of worms are the widest?
A: Girthworms.

Knock, Knock
Who’s there?
Worm.
Worm who?
Worm in here, isn’t it?